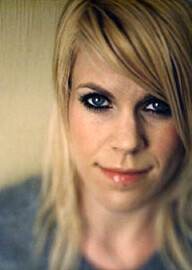 Amy Chance is one of the brightest stars on the beauty scene. Her work has graced the pages of major magazines such as Interview, Jalouse, i-D, Elle, Nylon, Rolling Stone, L'Uomo Vogue, and many more. She has helmed major ad campaigns for Tommy Hilfiger, Adidas, Nordstrom, Coca-Cola, Sony, Nike, and Lee Jeans, and has worked with such highly esteemed directors as David Lynch, David Fincher, and Ron Howard. Amy regularly contributes her expertise to beauty pieces for InStyle, MSN, Blush, and the UK's Grazia Magazine, as well as being an on-camera beauty correspondent for MTV's ET on MTV.

Growing up in Los Angeles, Amy was surrounded by eclectic fashion, music, and street culture. As a young adult, Amy put those influences into play photographing her friends and making music videos, but realized her true passion was makeup. After attending just one beauty course at a local makeup school, Amy traded in the classroom for real world experience and began assisting and learning from some of today's makeup masters, including the legendary Paul Starr.

After logging many hours alongside other artists on photo shoots, fashion shows, and music videos, Amy began to build an impressive body of work. It wasn't long before magazines, photographers, and publicists were hiring Amy as a part of their creative teams. Amy is regularly called upon to create looks for musicians Halsey, Lily Allen, Corinne Bailey Rae, The Gossip, and The Ting Tings, as well as Coldplay, My Chemical Romance, and Gnarls Barkley.

Her passion for flawless skin and expressive eyes, along with her ability to "think outside the box" has put her in high demand among exciting young actresses. She has created editorial and red carpet looks for Chloë Sevigny, Rooney Mara, Ashley Greene, Kat Dennings, Priyanka Chopra, and Rosario Dawson, to name just a few.

In Amy's spare time, she still enjoys photography, as well as contemporary art, traveling, and spending time at home with her two Boston Terriers, Ringo and Starr.